Log In Register
Internet Explorer: Internet Explorer is not supported. Please upgrade to a more modern browser.
Error
There was an error loading this menu. The website owner needs to follow these steps to fix it:
1. Make sure the hostname value in core/config.php in FTP matches your site url.
2. If you are using the www. prefix make sure the force www option is enabled in StaffCP -> Configuration -> General Settings.
First Forum Update - June 30th 2022
3 minute read

Firstly, I'd like to start off by apologizing for the lack of updates and content from my end. The team has been pretty busy, swamped with life, and personally, I've been having to transition between two jobs. However! I've fully settled in and now production and as such updates will start to come out again in full force during the month of July, from both myself and the rest of the team.

This post serves mostly as a general update on the state of the server as well as a way for me to make announcements on what you can expect in the upcoming months.

• The Tutorial
Firstly, the tutorial is now fully scripted, all that's left is for some internal testing from the management team as well as the game masters before I can say that it's complete. The original plan was to complete the tutorial and then throw you guys into that world before letting you explore the server again, much like how the first testing phase went. However, both I and the rest of management have agreed that you guys deserve more than just a tutorial and as such, I will be adding the first main story questline in Old Port as well as some sidequests dotted around the first few areas. Unfortunately, this does mean that there won't be another testing phase for a while more but I promise I'll make it worth the wait.

• New Content
So, along with the tutorial and the new quests, I also plan on pushing out new content. There's a ton of features that are planned and also in progress in terms of development. To begin with, I'm going to be finishing up the barbarian class and then start to tackle a few of the other ones so that hopefully you guys have more stuff to play with when the next playtesting phase comes out. Additionally, I've been creating new mobs, items, skills, and areas as well as updating old areas with new features. Honestly, there's a lot planned and being developed that it's hard to lay it all out. I'm also going to be working on the jewelry profession as well as the cooking profession to finally finish up the professions. I'm also going to be added a few more area bosses.

• Changes
With such a long hiatus between our last changelogs, I feel like I should also include all the changes that I've made to the server itself:
• Lowered the block rating so that armor doesn't negate 90% of all damage
• Increased the durability of all armor, especially the lower tiers so that they don't instantly break
• Reworked the armor ratings of all armors to balance out the block rating changes
• Increased the cooldowns for parrying, dodging, and blocking
• Reworked the "spread" of most armors to make stats more varied
• Decreased damage and projectile reduction stats
• Overhauled the mining system with pandeloot so that mining materials are dropped directly on the ground, instanced per player, and also have effects.
• Added Miner Troves to the mining loot tables. Miner Troves are bags that you can open that will give you various mining materials and refining agents.
• Added new notification sounds for quests
• Added over 200 new sprite textures
• Updated the textures of bags, bundles, gems, keys, mob drops, ores, reagents, shafts, and skill icons

• Going Forward
As Thalwyrn's development progress, I hope to increase the amount of communication and updates I send out to you guys. While I know that many of you may be disappointed to hear that the next testing phase is a way out, I'm shooting for an August pre-alpha playtesting phase that should then be opened indefinitely as we start working on the next big content piece for you guys. As such, the pre-alpha will be mostly updated via "expansions" when I feel like I've created enough stuff to warrant moving players to a new server/updating the current server to the latest versions. Anyways, that's it for my update, I'm glad to finally be back and I hope to see you guys around! As always, feel free to shoot me a message within the discord server, I'm more than happy to reply when I have the chance! 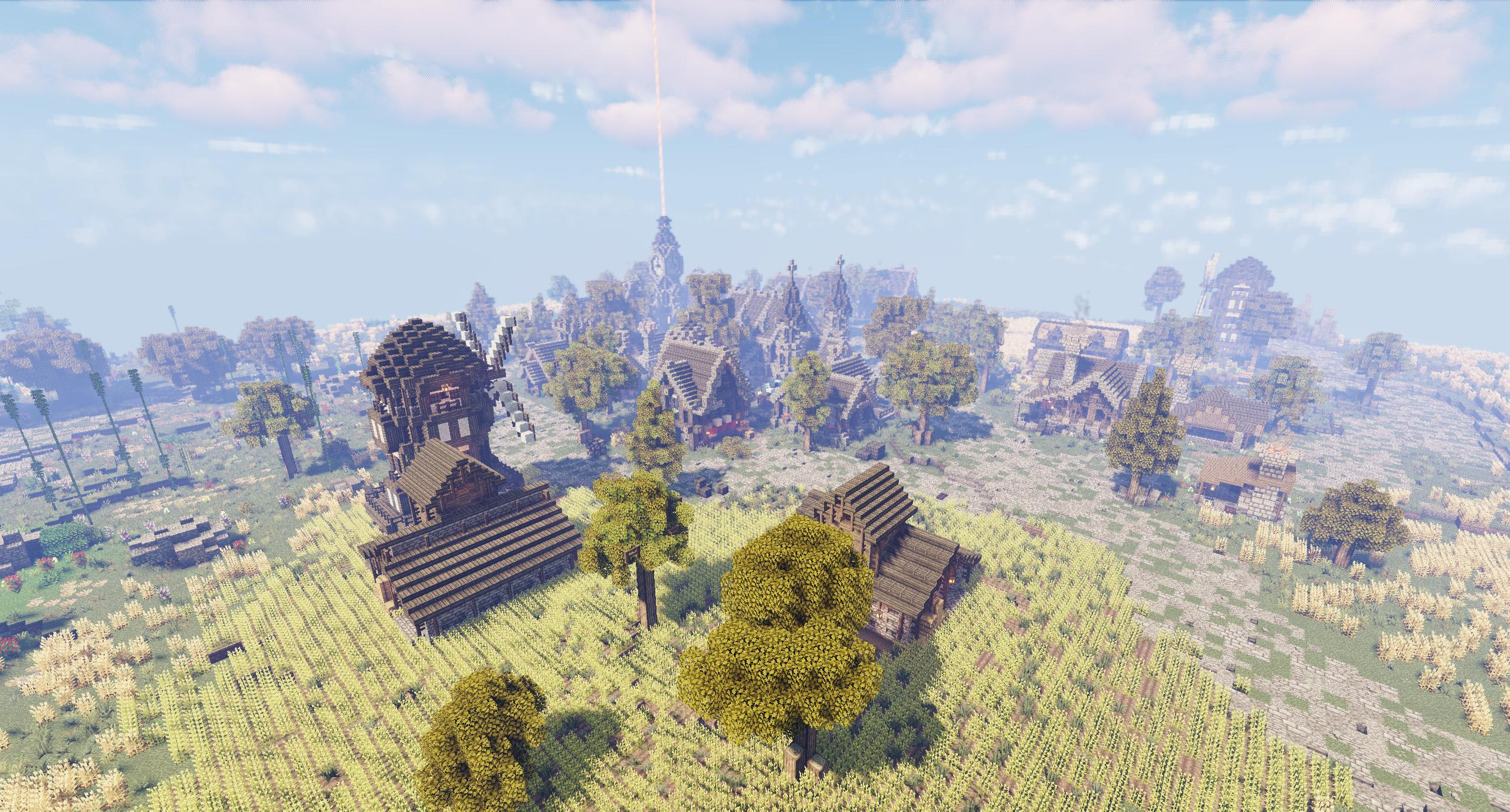 Changelog V0.0.5 - Updates, Classes, Announcements!
Hello once again! You'll have to excuse the delay in pushing out this changelog and content for the past week as I've been sick with covid but I've since recovered! Anyways, here's another changelog as well as an important announcement. Firstly,... 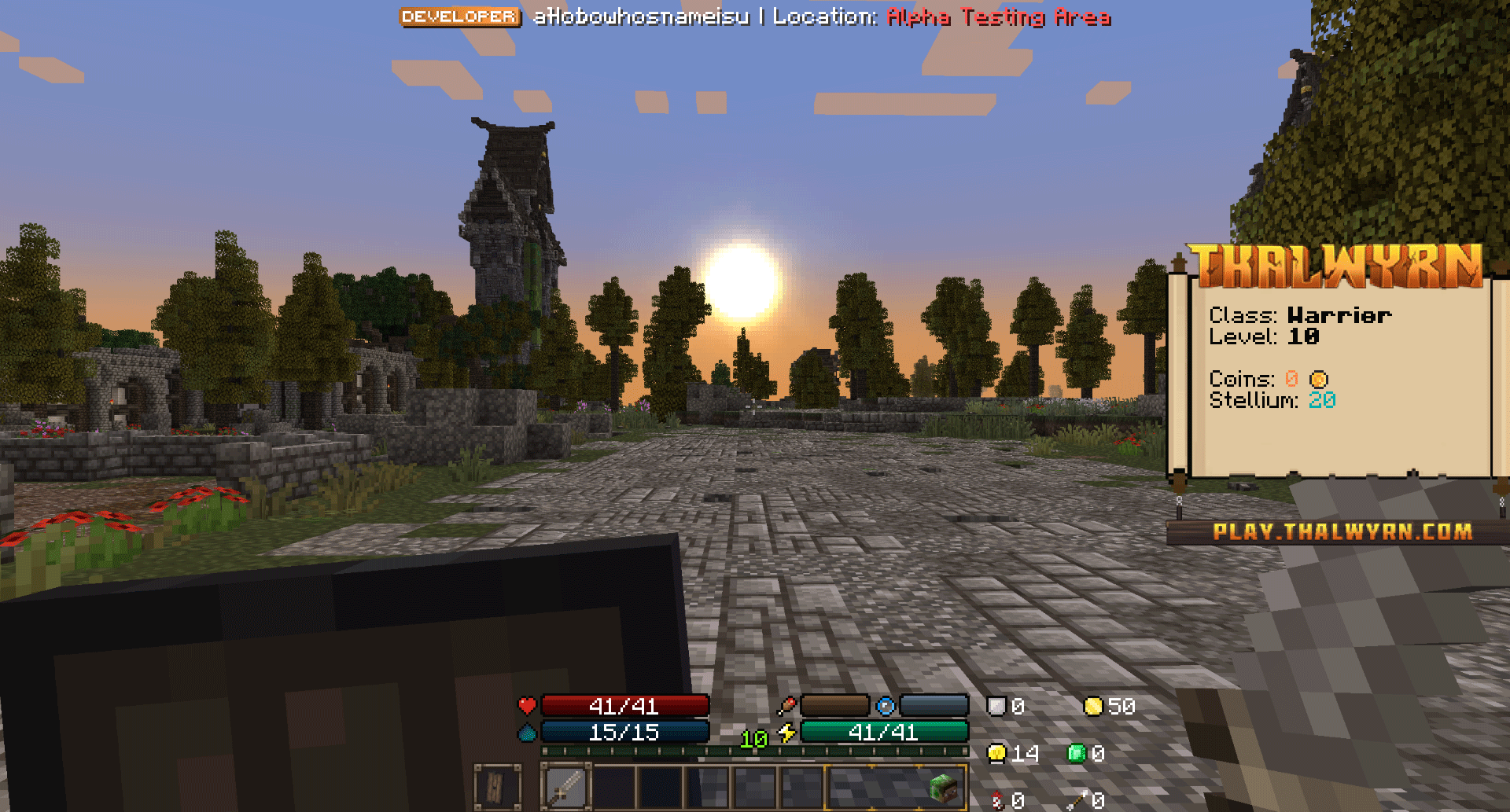 Changelog V0.0.4 - HUDs, Attributes and more!
Another day, another changelog! Hopefully, you guys are enjoying the more frequent changelogs that we've been releasing for you!   Changes & Fixes: Our biggest change yet: Custom HUD! We've added a custom HUD to the server, displaying all of...

Invisible Website Changes.
I've made a couple of changes in the interest of improving page load speed. Hopefully, it worked. We've migrated away from my awful Webhosting service to a dedicated VPS and now use Cloudflare to cache images and static site content so your page...